An Acceptable Way for Participants to Gain Investment Control? 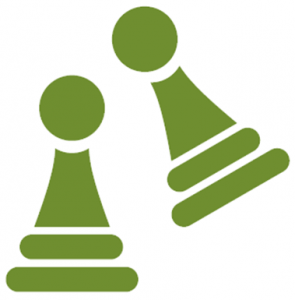 The Internal Revenue Code and the regulations thereunder impose many rules on qualified retirement plans to maintain their status as such. Included are rules regarding “permanency” of retirement plan programs, as well as rules prohibiting the in-service distribution of pension benefits prior to the attainment of age 62. Additionally, benefit restriction rules prohibit distribution of certain benefits from pension plans (such as cash balance plans, which will be the focus of this article), even when the participant has attained age 62. Distributions are prohibited from cash balance plans unless a distributable event has occurred (plan termination is an example of a distributable event).

One of the issues inherent in defined benefit plans, including cash balance plans, is the general requirement that plan assets be pooled. That is, participants in cash balance plans are not allowed to direct the investments of their own dollars as they normally are in their 401(k) plan. Because of this, folks have looked for ways to “free-up” cash balance dollars so individuals can roll them to their 401(k) (or Individual Retirement Account – IRA) and, thus, be able to have more control over their investments.

One strategy that has been suggested to address the above issue is the termination of the cash balance (CB) plan, followed by the immediate adoption of an identical plan. When the existing plan (CB #1) terminates, participants are allowed to take their account balance and roll it over to their 401(k) account or IRA, thereby allowing them to invest as they choose. A new cash balance plan is then started fresh, with no dollars tied up in the new cash balance plan (CB #2).

Is restarting a cash balance plan in such a manner permissible?

When is it Acceptable to Terminate a Cash Balance Plan?

Let’s look a bit closer at some of the above rules. The regulations define a qualified pension plan as “a plan established and maintained by an employer primarily to provide systematically for the payment of definitely determinable benefits to his employees … after retirement.”  They go on to state “The term ‘plan’ implies a permanent as distinguished from a temporary program. Thus … the abandonment of the plan for any reason other than business necessity within a few years after it has taken effect will be evidence that the plan from its inception was not a bona fide program for the exclusive benefit of employees in general.”

Clearly the ability to get dollars into a participant’s hands so they can direct their own investments is not a business necessity. A business necessity is more along the lines of significant reduction in profits, change in ownership, or something else that impedes the company’s ability to fund a plan. The adoption of a different type of retirement plan has also been accepted by the IRS as a legitimate reason to terminate a plan.

A “few years” is not further defined anywhere in the regulations.   Practice has shown that the IRS will not question a termination more than 10 years after its inception. Further, employers that terminate a plan that has been around for 5-10 years normally receive little pushback from the IRS upon plan termination.

Is it Acceptable to Terminate then Restart a Cash Balance Plan?

However, there is also a concern that the IRS may apply a “step transaction” concept to a termination and restart. That is, if the result of the termination/restart is an otherwise identical plan, the IRS could argue that the plan did not in fact terminate, and that the new plan is simply a continuation of the old plan. In such a case, the distributions would be considered prohibited from the old plan. This would result in disqualification of the plan, as well as excessive rollovers (in the case of rollover to an IRA) or receipt of funds from a disqualified plan (in the case of rollover to a 401(k) plan).

There are certainly legitimate reasons for terminating a plan. For example, in groups where newer partners are concerned about the growing liability, it can make sense to terminate the plan to reduce the employers’ exposure. Even here, however, we would suggest meaningful differences in the new plan versus the old – e.g. cover a different group of employees, change the interest credit rate, etc.

We strongly suggest any termination/restart results in a new plan that is different in some significant manner.